Elf skills too much OP (CC,stun,shield) 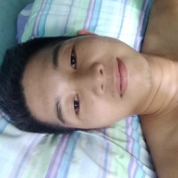 By Arnstine,
January 19 in EU-Emerald