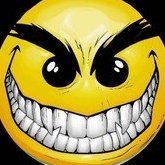 Would you like to see an in-game clan /guild system implemented?