How about summon skill for necro 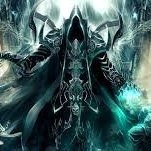 By Jcbreff
September 11, 2017 in Suggestions