Random weather and some other things. 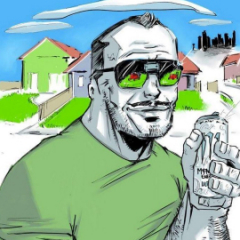 By Nosotraes,
February 2, 2015 in Suggestions