WHY WAS ROGUE NEUTERED 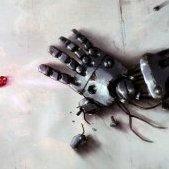