Resist on the skill "Marked by the sun" 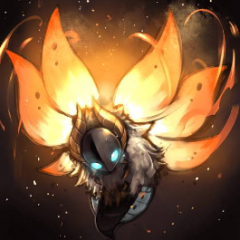 By Vulcarona,
June 9 in Templar