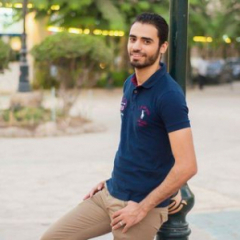 By Ahmedic,
October 8, 2019 in Competition of stories "Secrets of horror"